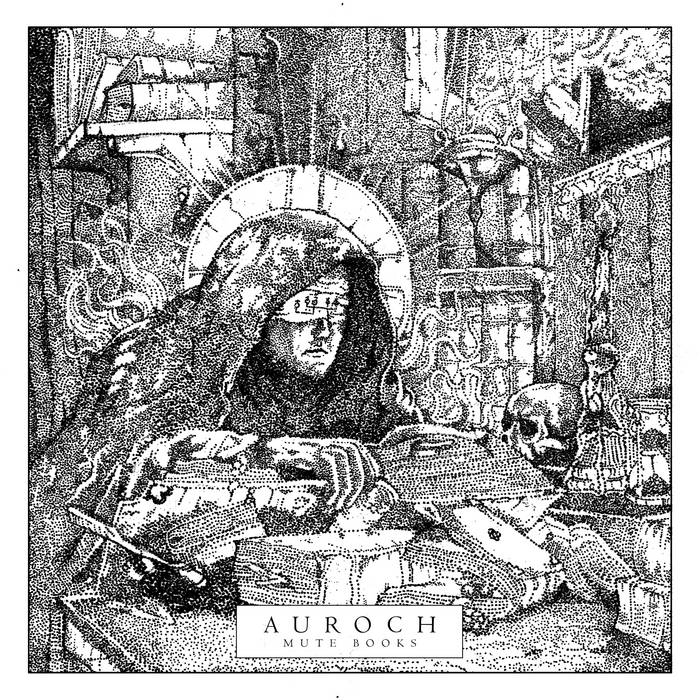 BakCristal The finale of 'Say Nothing' sounds like I enter a portal and am adressed by some otherwordly creature. Heavy shit. Favorite track: Say Nothing.

Propraetor Truly a unique and landmark band in the genre. Masterful work all around.

Vrhovny Why don't you have this yet? Favorite track: Billowing Vervain.

Vancouver, BC based death metal band AUROCH have slowly been gaining recognition as one of Canada’s most active death metal bands since their release of their “Taman Shud” LP from 2014. Since then the death metal power-trio, comprised of vocalist/guitarist Sebastian Montesi (who is the bassist/vocalist of MITOCHONDRION), vocalist/bassist Shawn Haché (who is the vocalist/guitarist of MITOCHONDRION) and drummer Zack Chandler, have been active on the live circuit consistently (through various shows, tours and festivals in the US and Canada, including a recent US tour and an appearance at this year’s Maryland Deathfest, and a European tour under their belt likewise with appearances at such festivals as Killtown and Incubate), had their debut album “From Forgotten Worlds” re-issued earlier this year via 20 Buck Spin and most-recently had their split/collab 7”EP with their co-conspirator sister band MITOCHONDRION come out via Dark Descent.

Now the enveloping shadow of dark death metal chaos looms with AUROCH’s new album “Mute Books” which will reveal itself as the band’s darkest, most brutal, complex, and musically virulent release to date, carrying the innovative Canadian death metal tradition laid down by the likes of Gorguts, Cryptopsy (nothing past “None So Vile”!), Kataklysm (nothing past “Temple Of Knowledge” of course!), and more recently through the likes of MITOCHONDRION and CHTHE’ILIST respectively.

With the songwriting on “Mute Books” reaching a new plateau in technicality and over-the-top dynamics along with a new achievement in production and sound courtesy of producer/engineer Arthur Rizk (PRURIENT, PISSGRAVE, Inquisition, Black Twilight Circle, Power Trip), AUROCH have cast their most ferocious undertaking yet; one of the darkest, most violent, whirlwind-like bizarre monuments of alchemic death metal of the year.

Artwork and design by Cold Poison.

Bandcamp Daily  your guide to the world of Bandcamp

Featured sounds from Fly Lo and Ahmed Idris, plus Mother Nature hops on to drop off new project